As a Nation, How Depressed Are We?

Almost everywhere you look these days there is some reference to depression.

Statistics such as 1 in 7 people will experience depression during their lives. Why is this?

We don't have to look too far to find the answer...

In the 21st century, we live in a fast-paced world where change is a constant, and at times it can feel like there isn't even time to breathe.

Many live their lives in the semi-public eye, posting everything they do on Social Media and suffering the resultant comments and unwanted feedback which can often amount to bullying. Everyone is a judge, everyone has an opinion. Great store is put in the opinions of people we have never met and never will meet.

Add to that low self-esteem, low self-worth, a belief that you will never amount to anything or that things never go right for you and you have an explosive cocktail for mental ill-health.

Society has great expectations of itself, progress is expected and this can translate into enormous pressure on the individual to succeed. The result is that many people live a life feeling they are underachievers.

An article on "Salon" states that "mental illness is a rebellion against society" and quotes Lewis Mumford from the 1950s as saying:

The most deadly criticism one could make of modern civilization is that apart from its man-made crises and catastrophes, is not humanly interesting. . . .

In the end, such a civilization can produce only a mass man: incapable of spontaneous, self-directed activities: at best patient, docile, disciplined to monotonous work to an almost pathetic degree. . . .

Ultimately such a society produces only two groups of men: the conditioners and the conditioned, the active and passive barbarians. —Lewis Mumford, 1951

So maybe life now is not any more depressing than it was in the past? Maybe there is a greater awareness of what Depression is now and a more readied acceptance of talking about it. Depression and Mental illness, though still a taboo subject in some sectors of society, are generally more talked about than in the past. The same article published on Salon also states "The most common explanations for the mental illness epidemic include recent over-diagnosis of psychiatric disorders, diagnoses expansionism and psychiatry’s pathologizing normal behaviour" and goes on to claim that the latest manual used by psychiatrists to diagnose mental disorders (DSM-V), published in 2013, has created more mental patients by making it easier to qualify for a mental illness, especially for depression.

So how does this help us today? How can we work to reduce the prevalence of Depression in Society? No matter the source, no matter the interpretation there can be little doubt that countless people today are Depressed and suffering. There can be little doubt that when suffering from depressed thoughts life can be hell and if left untreated can lead to more serious mental health issues, maybe even to becoming suicidal.

What can you do if you are feeling depressed? 3 simple steps to get you started:

If you have found this page helpful, please share with those you know===> 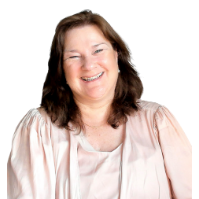 Carrie Wallis, Author and founder of the "From Strangers 2 Clients to Champions" client attraction system for helping professionals, has been successfully running her own business and finding clients in the online space since 2000. Over the years she has supported countless Life Coaches and Counsellors to build their own practice and find clients and loves nothing more than seeing her clients enjoy the time freedom that comes from having an automated marketing funnel in place. When she is not serving her clients she can be found chilling with her beloved family or out walking in the Australian bush.

This copyrighted material may not be republished without express permission. The information presented here is for general educational purposes only.